For those who love to golf, not only is the course itself important, but the location of it is paramount. Lake Como has some of the most beautiful golf courses in the world.

By the end of the 19th century, Lake Como had already become one of the favourite tourist destinations of British society, including those who loved to golf. The Golden Triangle of the lake, nestled around the villages of Menaggio, Tremezzo, Cadenabbia and Bellagio, is the most picturesque part of the lake where most of tourism, shopping, villa tours and boating takes place. As a result, iconic villas and hotels blossomed to accommodate the ever increasing popularity of the area.

Many of the early international lake visitors, industrialists, financiers, merchants and businessmen, were united by one passion – playing a round of golf.

Hence, not surprisingly, the oldest clubs in Italy were in Rome and then Lake Como. The first course on the lake, at Menaggio, was the brainchild of Englishmen, who were at that time uniquely mad about golf. With the idea of recreating a better course than typically found in Britain, and in a more pleasing climate, four Englishmen, including banker Henry John Mylius, met at the Hotel Victoria early in 1907 to found the Menaggio and Cadenabbia Golf Club.

Before the year was out, the first nine-hole course, above the village of Menaggio, was completed. More land was bought in 1919 when a further nine holes were constructed. In 1961 the Roncoroni family bought the Golf Club from the English owners. As the founder of the country’s Professional Golf Association, Antonio Roncoroni became synonymous with the game of golf in Italy.
The course was redesigned in 1965 to honour the club’s British roots, retaining many British features of the course and Club House style. This golf course is the preferred one of more contemporary famous lake visitors, including movie stars such as George Clooney.

This is what the club says about the course:

“The par 70 says something of the course, while short by modern standards it requires precision and careful thought. The simple length printed on the card does begin to describe the fascinating and unique nature of the ground, the obvious challenges and subtle difficulties, of the narrow fairways and the steep inclines. While the length of the course explains why the course has never, and probably never will be, a venue of International Opens. The attractiveness of being among the “open” courses is not one of the worries of the club, which prefers discretion. This club only needs its history, the friendly profile of the lake, the narrow holes amongst the trees and the back drop of the Central Alps. The British tradition has been seeded in the people of Menaggio and Cadenabbia as well as in the small villages on the road to Porlezza. Here if you enter a bar or a restaurant, you will not find a poster of the Milan or Juventus Football Clubs but rather a picture of Costantino Rocca at the Ryder Cup. Here one discusses “swings” rather than famous footballers – one is truly in another world.”

The most modern course on the Lake for a golf holiday is at Lecco. Here, the Golf Club Lecco was founded in 1996 by former Royal Golf Club Sant‘Anna. The original buildings from the 1600s, were completely restored and are now home to the Club House, bar and the restaurant which are all open to non-members. 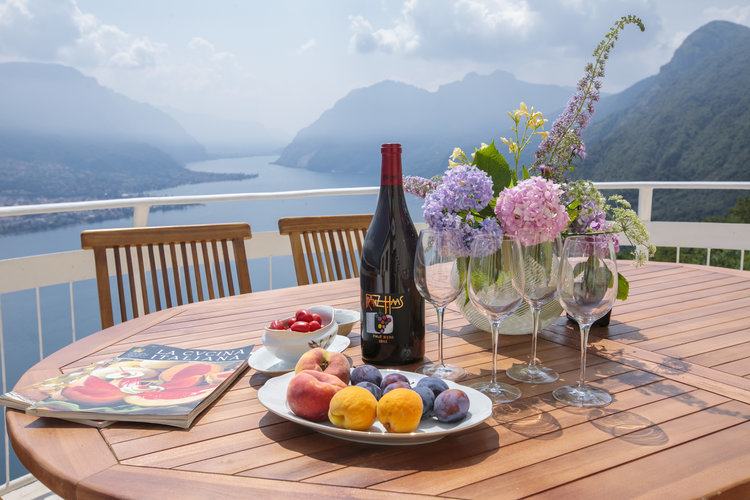 Also, for groups up to 16 people needing nearby accommodation, just half an hour from this course is one of the most stunning villa’s on the lake, Villa Ponti, with spectacular views and designed by Italy’s most famous architect, Gio Ponti. Perfect for a family hoilday or for a group of friends.

One of the more luxurious, and therefore expensive, golfing experiences on the lake, you head to Golf Villa d’Este, located 7 miles (12 kilometers) from the famous Hotel Villa D’Este, near the lake of Montorfano. Designed in 1926 by architect Peter Gannon, it is located at a height of about 400 meters, surrounded by chestnut, birch and pine woods, some say reminiscent of Scotland. The 18-hole course is considered one of the most challenging and difficult “par 69” in Europe. Every year it hosts many international competitions. The Club House has a stunning lake view. 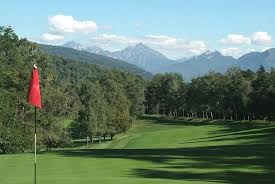 Villa D’Este Golf Club breathes the traditions of golf. If you want to feel what it may have been like to golf in the early days of last century, this is the course to visit. The clubhouse with its reception, restaurant, locker rooms, caddie masters room etc is charmingly old-fashioned. The staff also have a quality of a bygone era, and are there to serve.

The course is challenging. There are plenty of narrow fairways and the trees around them are thick. Players will walk up and down hills, some with slippery slopes. The holes are long and the greens are quick and difficult. Though difficult, the course is enjoyable! Every hole is different from the others. The par-3 holes are all long and varied in their own unique way.

The prices are high at 100 euros for 18 holes but well worth it nevertheless. And be prepared for a restaurant menu without listed prices! 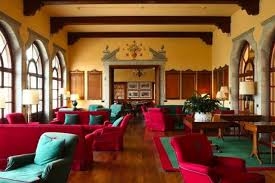 While there are many golf courses in the vicinity, such as at Monticello, Carimate, Barlassina, Lanzo and La Pinetina, which you can read more about on the Golflkaecomo.com website, the three mentioned here are the closest to the lake and by far the most picturesque because of their proximity to the lake and mountain backdrops.

The nearby Golf Club Milano is ranked the tenth best course in Italy. About an hour from Lake Como.

There are several gold courses which are not actually on the lake but nearby. These include several half an hour from Como. , La Pinetina Gold Club with eighty acres of greenery deep in the heart of the Park Pineta of Appiano Gentile and Tradate, a forest of pine trees, birch trees, oaks and chestnuts, far from roads, noise and daily stress. Golf Club Carimate a varied course with well-lit fairways in a hilly setting steep in the first nine holes. Golf Club Barlassina Country Club with a clubhouse designed by the well-known Architect Luigi Vietti. Golf Club Monticello with two 18 holes course (one par 72) which has hosted seven Italian competitions, 20 minutes inland from Como. Golf Club Lanzo, recently renovated, 1000m high and winds across the woods and clearings of Pian delle Noci with view of the surrounding valleys and mountains – 20 minutes drive from Argegno, Lake Como and only a few minutes from Lake Lugano (only open June to August).